“Welcome to everyone with love!

It was an honour to receive this invitation and I am sorry that I can’t be present, but at the moment our company, A Tudás Hatalom, is playing the Gypsy Hungarian in Pécs at the National Theatre Festival, Poszt. Since this is the title of our performance, I shall elaborate on the Hungarian term ‘cigány’ (Gypsy).

The word ‘cigány’ derives from the Greek word ‘atsiganos’, which means ’outlaw’, or in another context ’impure’.

Today ‘cigány’ is a curse word in Hungary, despite the fact that in 1971 at the first World Romani Congress it was held that all persons with Gypsy heritage are called officially Romani (Rom means man in the Romani language).

However, in Hungary one can decide to be called Romani or Gypsy.

I am proud to be a Romani.

I am proud that I grew up in a family where I learnt acceptance which is now as natural for me as breathing. But we are not the same. There are homophobes, xenophobes, anti-Semites and racists.

There are homosexuals, too. Homosexuality, just like heterosexuality, is as old as mankind.

Now, let me ask my homophobic fellows a question.

Have you ever walked with your girlfriend on the street and felt an irresistible desire to grab her hand? What did you do? You grabbed her hand, right? Did you give her a kiss? On the street? Did you put your arms around her shoulder in the cinema?

Are you also human? With all human rights?

Two years ago I saw gay couples holding hands on the street in Barcelona. It touched me that there are such amazing places in the world. And I remembered my friends and the traumas they had to go through because they live here in this country, in my country, where acceptance is in its infancy.

I was always proud to be accepting and open-minded.

Am I really? I must admit that for me this is a learning process. For example, I have been invited here and I am pleased and honoured to speak, but at the same time I realize how many times I did not speak up when I should have and how many times I was unnecessarily hurtful.

I am not proud of it, but I have to admit that one time I saw a boy being abused on the tram only because he had beautiful make-up on and I didn’t raise my voice.

I am not proud that when I was asked to hold a speech tonight, it crossed my mind that if I did, people would think that I was representing the event because I was gay.

I am not proud of it, but when I’m angry the word fag often slips out.

Can I say fag just because I’m a Gypsy? On what basis do I use the word fag as a curse word? I thought about it and I felt ashamed.

Can’t I protect the boy with make-up on the tram because I’m small and weak?

Is it none of my business? Will he solve it on his own? Why should I take responsibility for him? What do I have to do with it?

Then why does it weigh on my mind? Do you also feel uncomfortable if someone gets hurt in your presence? Or if people don’t give their seat to a pregnant Romani woman on the bus? Or if there’s a border fence against those fleeing war? Or if a lesbian couple gets things thrown at? Are you going to speak up? Are you going to protect them? Why not? Because you have better stuff to do right now?

Ask yourself these questions in everyday life when you find yourself in situations like these. Thank you for the opportunity!

I wish to see you walking on the streets holding hands, not only at the Budapest Pride March, but anywhere, anytime in Hungary.” 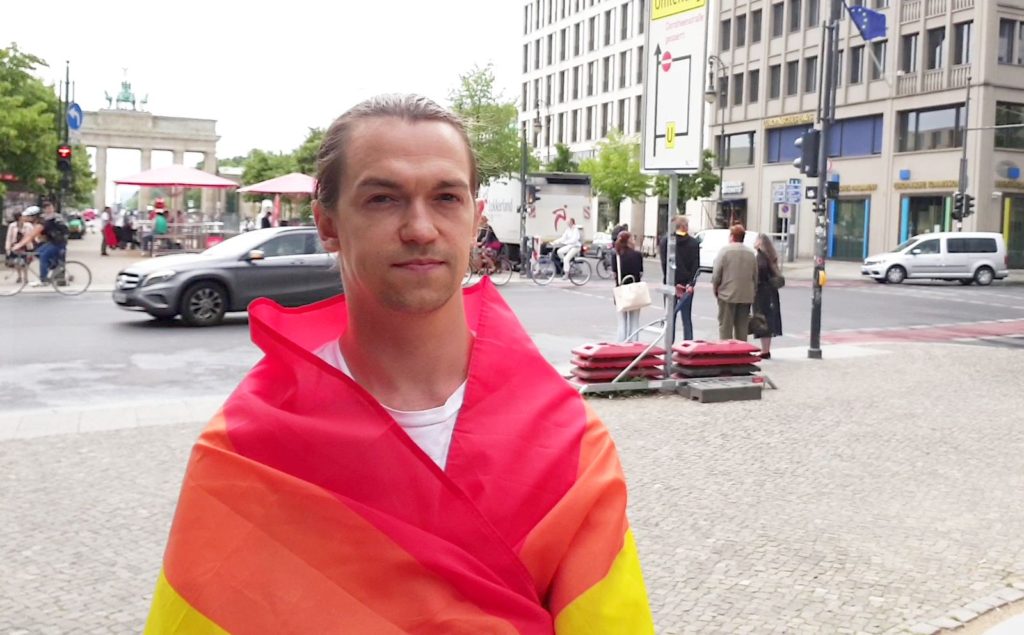 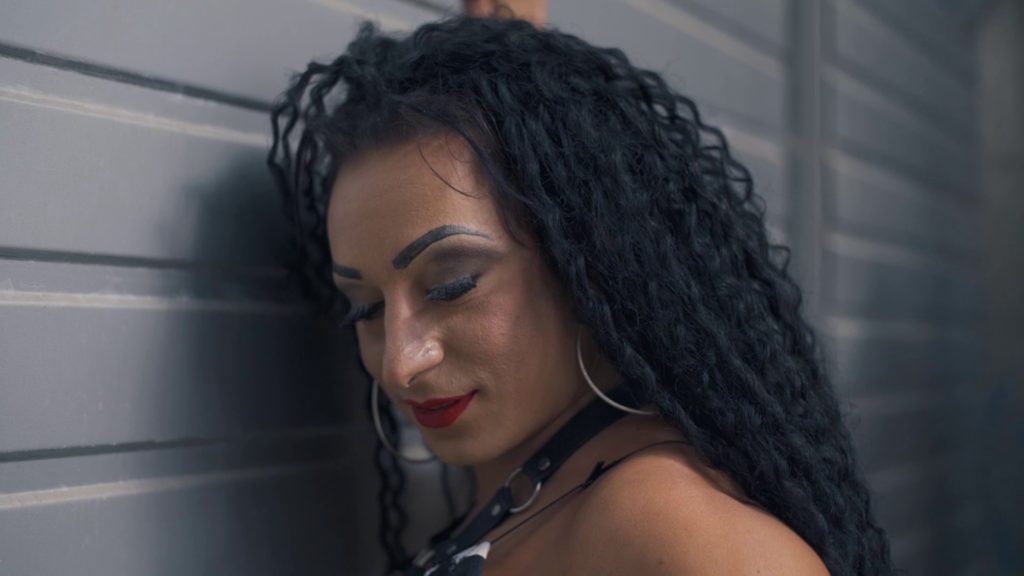 QRTV Europa 18/06/2020 No Comments
The law that would ban teaching Gender Studies in Romania, makes us worry as we witnessed what had happened in Hungary. Just like in Romania, …
Read More 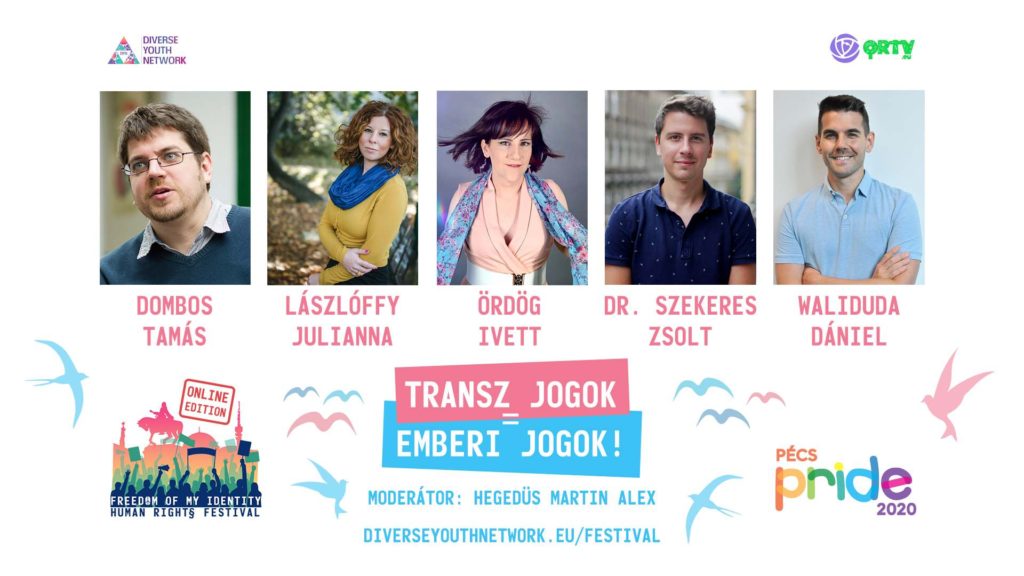 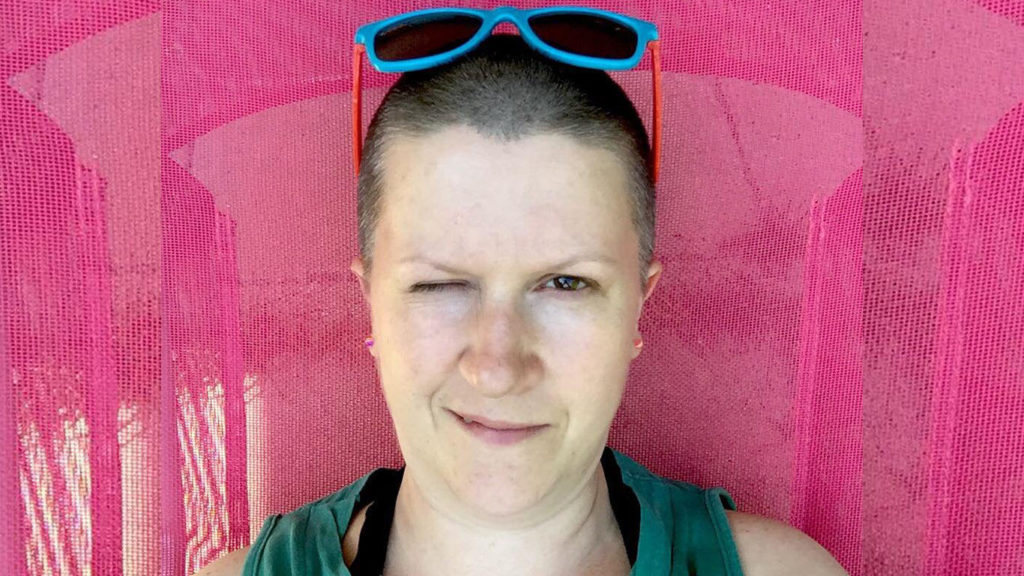 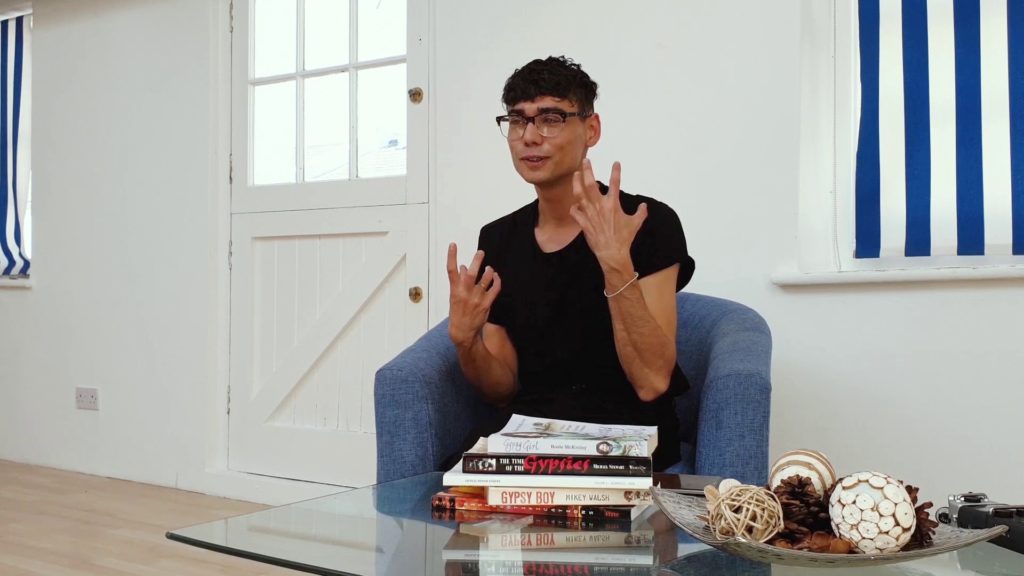 The coming out story of Roland Korponovics

QRTV Europa 14/10/2019 No Comments
“After my father died in an accident, I had the first, very deep thought that I have to verbalize this. Not only because they deserve …
Read More 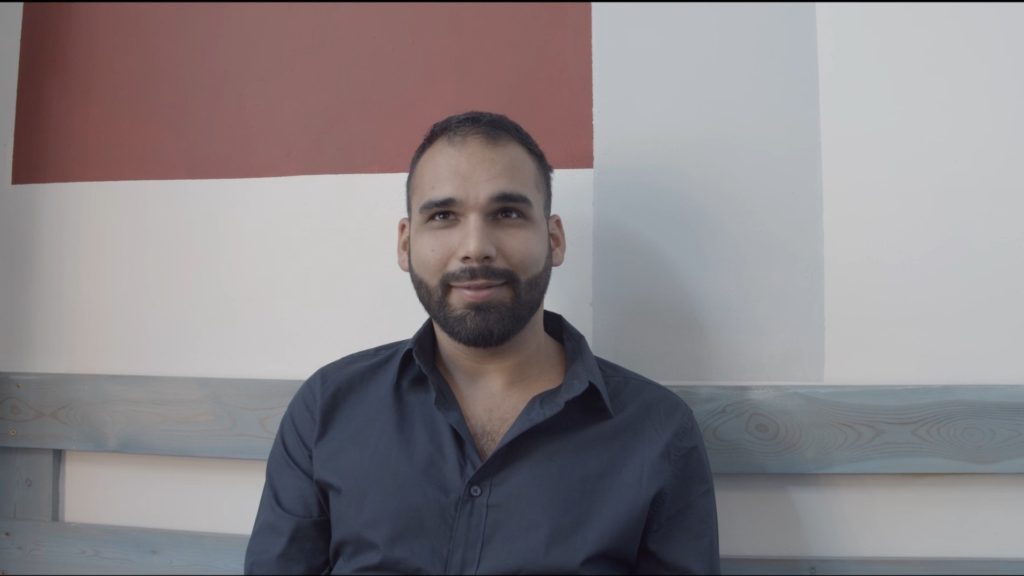 The coming out story of Tibor Soros

QRTV Europa 14/10/2019 No Comments
“The reason why I could come out was that a Roma community accepted my gay being.” We asked the co-organizer of the Budapest Pride Roma …
Read More